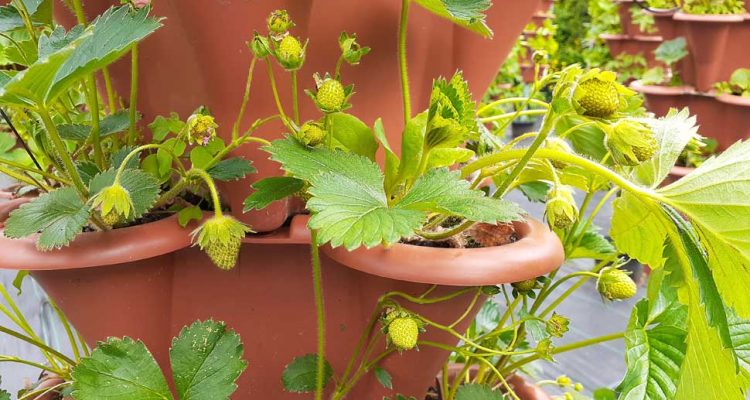 Although second season plants will be hugely productive(whether grown from seed or runners the previous ENTIRE SEASON), the rooted runners from last year’s plants will be quite productive in the second year, although not as plentiful than a plant that endured a full season the previous year.

In addition to them being productive, they also become a source for new plants, with ratios of 5 new plants per plant not being uncommon. Compared to a compound interest rate, that number is something like 500%. A great deal if you like strawberries and can maintain them.

With last year’s strawberry runners, we can transplant them into the garden during cool weather and even minor subfreezing temperatures which can occur, especially in the night. Even with temps like -2 degrees Celsius(~ 35 degrees F), strawberries will grow well especially if we have some warmer days and the cold is minimized.

Once we transplant our runners in early spring, such as around March 5-March 21, they will green up and grow. If we feed them optimally, they will produce new runners before the end of May.

When the runners produce small leaves at the end of the runner, it is a good time to transplant them. The procedure for rooting strawberry runners is outlined here.