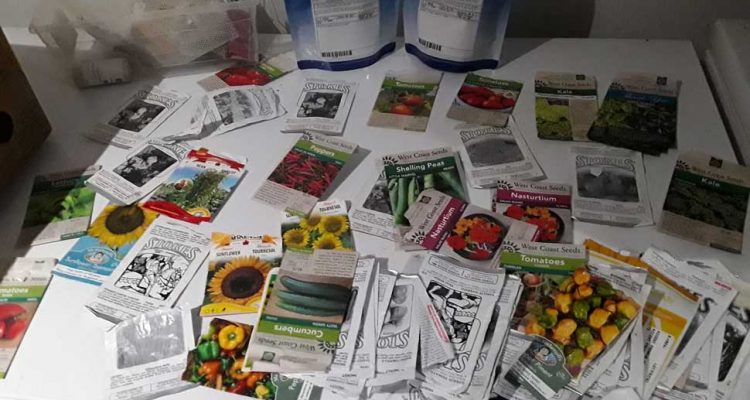 First of all, I have not seen a company selling seeds that did not have any gems. Some definitely have better overall quality and selection and may get the better of one’s business, thus, it is good to keep an open mind and buy what is best for you.

When To Buy Seeds?

A good time to buy seeds is before the big demand for them, or when they are cleared out from a local supplier like a garden shop or hardware store.

The former is a good reason because they could go on back order during busy times and that could leave us without seeds, or we could receive them a little late, thus our plants are not started on our desired date.

The latter is a good reason because they are dirt cheap; especially those at our local Dollar store. If we go this route, we should freeze them, or put them in a cool, dark, dry place.

This one can be a weird one; price wise and similarity wise. Normally, the variety looks and tastes the same, regardless of the seed company. But, prices can vary. In some cases, it is not uncommon to buy seeds much cheaper at one company than another.

Then, for another kind of seed, vice versa happens for which the cheaper company for one type is more expensive for the other specie of seed.

Another factor to consider when buying seeds is quantity. Of course, bulk amounts are cheaper per seed. We may also find that for a single 15 pack at one seller is cheaper than another, but, a 1000 seed pack could be cheaper at the competition.

In all likeliness, an explanation is not warranted here. Some places will have the only source of a variety, or only a select few will carry a certain type of seed.

At any time, we could end up with a packet of seeds which have an abnormal germination rate. Without searching for reasons, we may need to improvise, if this is the case and have extra to start again, or grow something else if we need plants to fill up a space.

Specie aside, poor germination rates could apply to any plant like strawberries, Kale, Lettuce, Sunflowers, Petunia and perhaps almost anything else.

In one such event of poor germination, I bought a fresh packet of sunflower seeds from my local hardware store that resulted in two plants. By comparison, the same seeds started the same way were stored in a cupboard for years and they had around a 90% success rate. Why? Who knows. As far as predictability goes, it is sort of rare to have low germination rates but it could happen from any seed supplier.

Another key factor to remember is to provide ideal germination procedures for each variety. Normally, the seed company provides a solid set of opinions and procedures.

Now, if we compare starting tomatoes to lettuce we can see that lettuce requires light while tomatoes do not. In general, this holds true for everything.

Thus, if we have two germinating techniques down pat, we can pretty much germinate all plants; some with light above or some in darkness.

During germination, the plants that require light do not need a lot of it. Thus, it can be supported significantly higher than a germination dome until the seedlings emerge from the media.

As another general rule, the optimum root temp for germination can vary from plant to plant, but, doing this with a heat pad around 70 degrees F is pretty foolproof for almost everything.

After annual vegetable plants have completed their life cycle, there is usually an option to collect and save the seeds for the following season(s).

Although this seems like a great money saving idea, there can be issues with quality down the road because most commercial vegetable seeds are hybrids which look uniform when grown, but, are not uniform genetically.

Heirlooms can be pure strains with uniform genetics, thus, the offspring will be like the grown generation.

With that said, we can perform calculated risks and grow some plant hybrids effectively, and inbreed those seeds each generation until they all become stable and uniform.

An example of one hybrid plant that can be successful grown without telling the difference from generation to generation are some varieties of Nasturtiums.